Travelling back in time (Part 1) 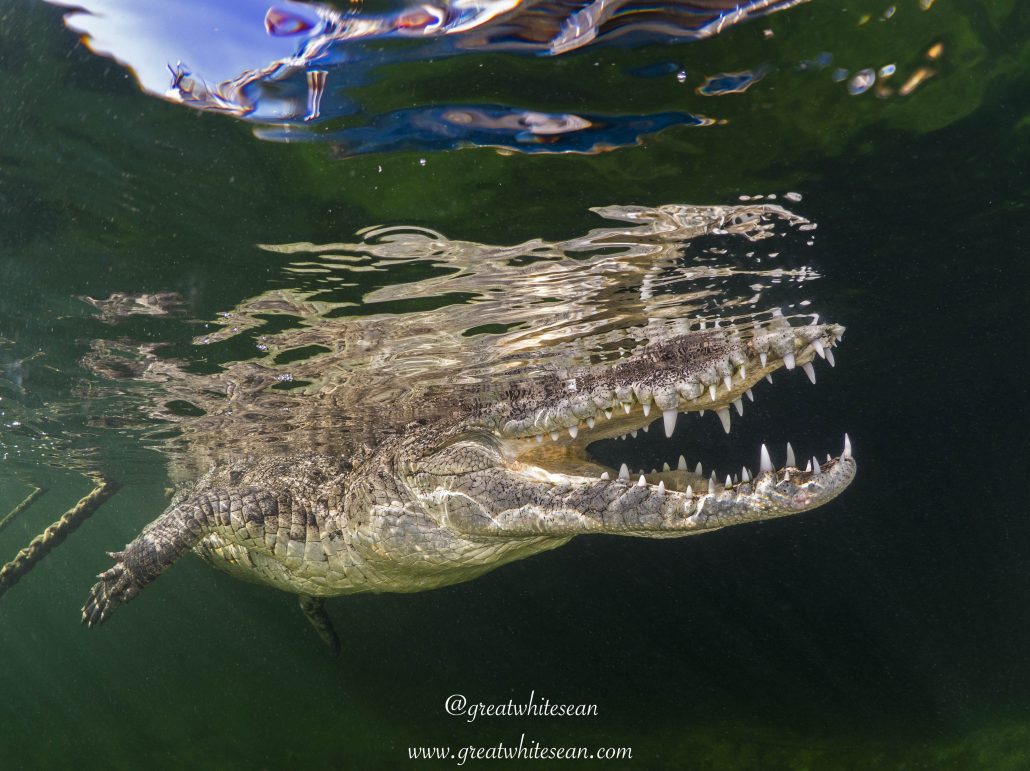 As my obsession with Scuba Diving and underwater photography grew a few years ago. There was a destination I would continually come across that sent my wanderlust into overdrive. The more social media underwater photography groups I would join and with the more competitions I would enter, I was blown away by unbelievable Crocodile photos in pristine mangrove habitat. Where is this stunning place? How can I get there? That’s when my research led me to ‘Jardines de la Reina’ which translated to English means ‘Gardens of the Queen’. I knew one day I had to visit this place full of sharks, crocs and colour. Luckily for me I finally got my opportunity in September 2018.

After a comfortable and quiet flight with lots of space to relax. Our first port of call was a couple of nights in Havana to enjoy a city seemingly lost in time. The history of Cuba oozed out the cracks of the buildings as the rumble of the old vintage American cars spoke of a small country with a big story to tell. As we arrived in the square it was as if the saturation had been turned up 100%. The splash of colour was created by the many classic American cars that line the street eagerly awaiting tourists ready to travel in what must feel like a time machine. This just added to the Art Deco style buildings and Spanish Colonial Architecture that surrounded the square. The forgotten side streets of buildings that resembled a war zone and required your full attention as you walked along dodging falling rubble only added to the uniqueness of this City of Culture. The Cuban people were really friendly and welcoming, while music is a major part of their culture and all day we could enjoy music out our hotel Iberostar Parque Central. The Latin vibes with horn instruments were my favourite. 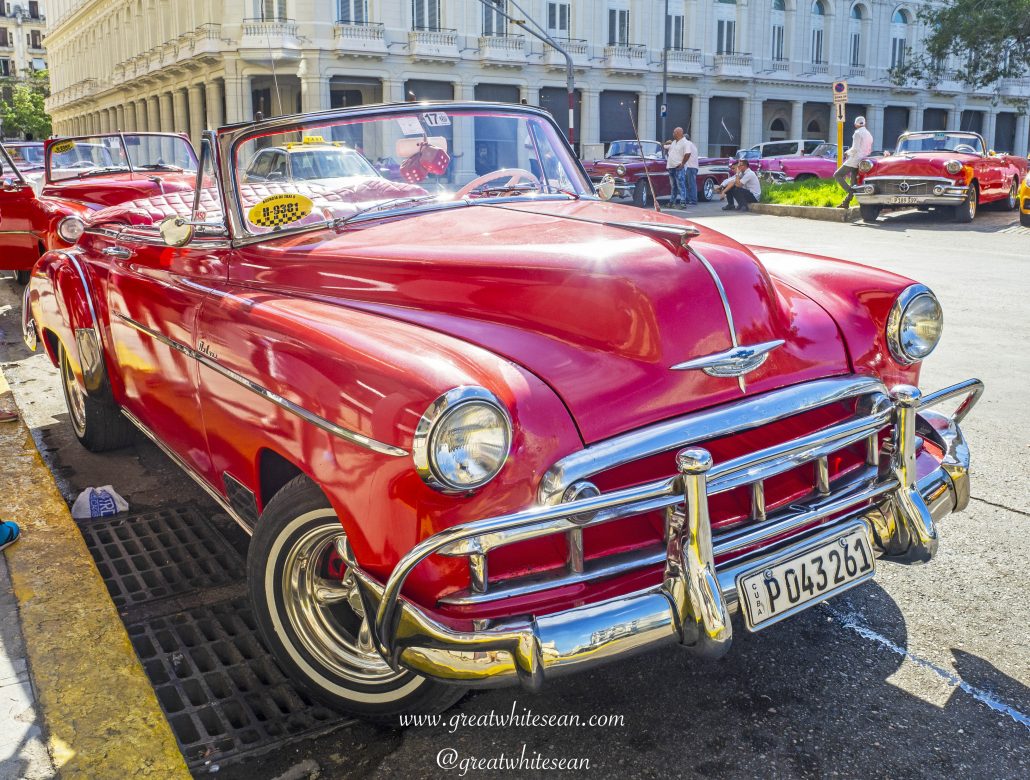 Classic American Cars full of colour represent the historical feel of Cuba and offer an amazing splash of colour to the streets.

A stay in Havana wouldn’t be complete without a city tour in a classic convertible and sure enough on our first day in the city our party enjoyed being in a convoy exploring the history of the city. Our drivers entertained us with their constant jostling for position in our 4 car convoy. Along the way we cruised passed Cuban military weapons and fighter jets on show at Castillo de San Carlos de la Cabana. We took time out of the car for a walk around Christ of Havana, a huge marble statue of Jesus with views overlooking the City and water from it’s hilltop plaza. After another short cruise in our classic convertible with a welcome breeze to cool us down, we had time to explore Fortaleza de San de la Cabana or more commonly known in Havana as La Cabana. An 18th century fortress located on the elevated eastern side of the harbour entrance. Our cruise then took us to Plaza de la Revolución (Revolution Square). A large square where many political rallies take place and where political figures address Cuban people. The square is dominated by the 358ft tall tower of the José Martí Memorial but what really caught my eye were the steel memorials of the two most important deceased heroes of the Cuban Revolution: Che Guevara and Camilo Cienfuegos. Standing in this square looking around was awe-inspiring, a great sense that there are many stories to be told from the history of this place. 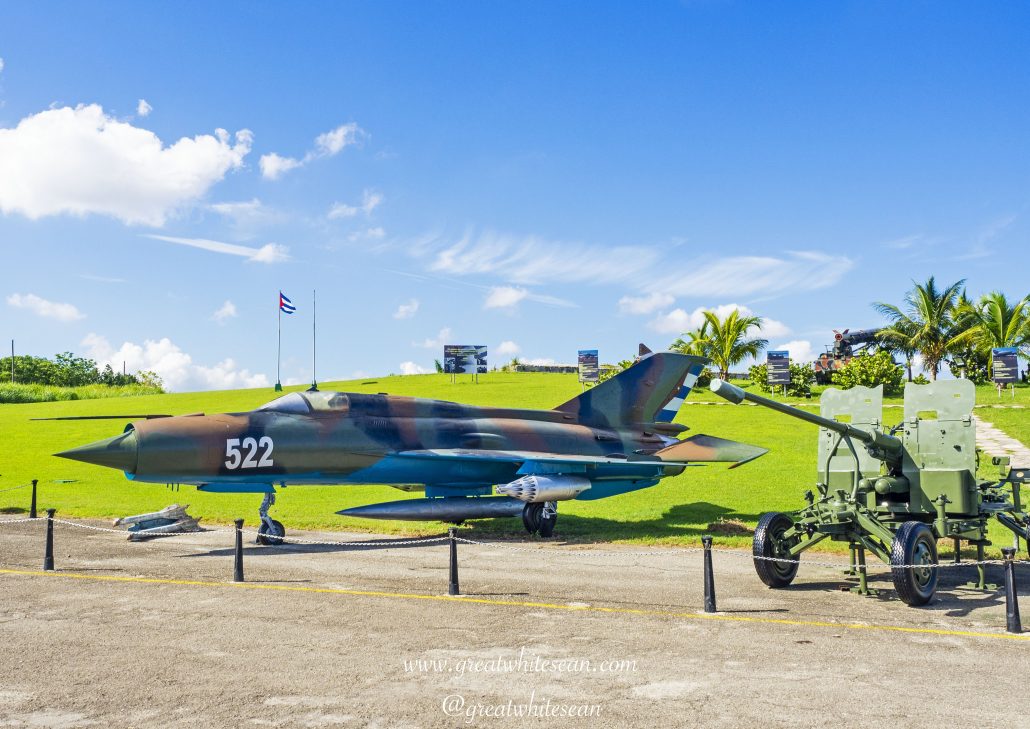 My stay in Havana was short but left me with a desire to research more into Cuba’s history and in particular the Revolution. There was certainly more to explore and see in Havana but now it was time for the long journey down to Jucaro to board our boat that will take us to Jardines de la Reina (Gardens of the Queen). The coach journey was a long one of around 7 hours and was finished off with a 3 hour fast boat journey from the marina to the marine park and our floating accommodation. It was nice to be cruising the open seas again and the anticipation of what should be an amazing dive trip was growing with each small swell we passed.

The mangroves we were going to call home for the next week soon came in to view and already I felt this was going to be special. Our boat La Tortuga is permanently anchored in a protected channel surrounded by mangroves. This for many is ideal as there’s no chance of getting seasick even in some of the worst weather you may encounter in the tropics. A large double decker floating hotel that is a member of the Avalon Liveaboard Fleet. I must admit if you’re looking for luxury like most the liveaboards you’re used to around the world then you won’t find it here. While it does have essential amenities for a comfortable stay, such as en suite rooms and each cabin having individually controlled air-conditioning. It was a little tired and lacking in other areas. I certainly would have liked more options for comfortable outdoor seating. La Tortuga is unique though and for me the biggest draw and why I would stay here again is my friend Tito the Croc. Tito is an American Saltwater Crocodile of around 3 metres in length. He was there to greet us on our arrival as he relaxed on the mooring lines of Tortuga. He would stay around the boat for the majority of our stay and certainly felt like one of the group. I swam with Tito on numerous occasions and became very fond of my new water buddy. 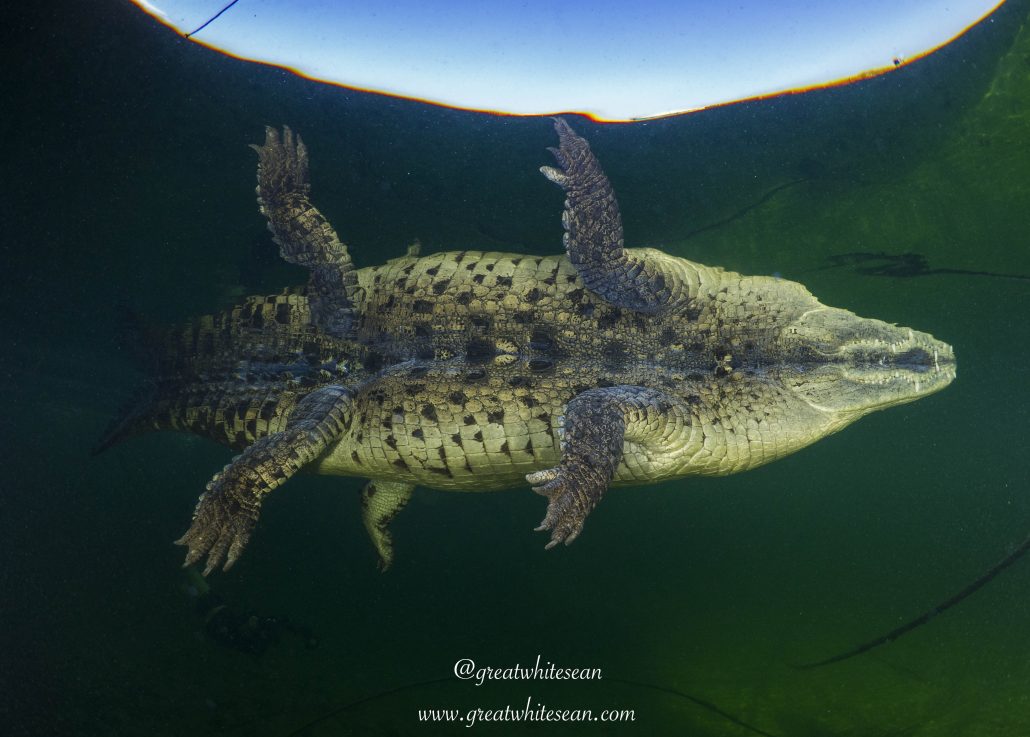 Tito the American Crocodile made living on Tortuga for the week extra special.

After a detailed briefing on the night of our arrival and a good nights sleep it was time for the diving to begin. The group was split into 2 dive skiffs with one boat captain and 2 dive guides on each skiff. Our boat consisted of 7 divers from the group and considering our total group of 15 divers were the only divers in Jardines de la Reina at the time, there was no worries of over-crowded dive sites with divers. The dive sites being over-crowded with sharks is a different story altogether though, but for a shark lover like me that’s a great problem to have. Wow, what a fun journey to the dive sites, certainly an adventure in itself. The skiffs would skim along the surface of the shallow mangrove water as if they were hovering. We snaked our way through the mangrove labyrinth before finding ourselves in the open ocean and ready to dive in. Our first dive was at a site called ‘Boca Anclitas’ and instantly I fell in love with how vibrant the reefs were. Full of healthy soft coral such as huge gorgonian waving in the slight current. The reef was a big splash of colour to compliment the vibrance of Havana and Cuba in general. It’s as if the country has been bombed with a million rainbows both on land and now underwater. There was a super friendly Grouper that would sneak underneath me as I took photos of the reef was a great inclination of how curious the marine life was going to be in this stunning Marine Park.

Jardines de la Reina was declared a protected national park in 1996 and with an area of 840 square miles it is one of the largest protected areas in the Caribbean. For me personally I haven’t saw such healthy reefs on this scale. Speaking to more experienced divers they say it’s like stepping back in time when diving here as it’s how all the reefs used to be while diving many years ago. By the second dive I came to realise what my research told me about the inquisitive sharks in the area. We were surrounded while floating above the reef as shark after shark would pass by creating a great contrast to the colourful reef they call home. The sharks weren’t being fed by our guides but I believe the guides had dropped a tiny bit of scrap fish in amongst the reef, which built the excitement up in the sharks and why they were circling the area. 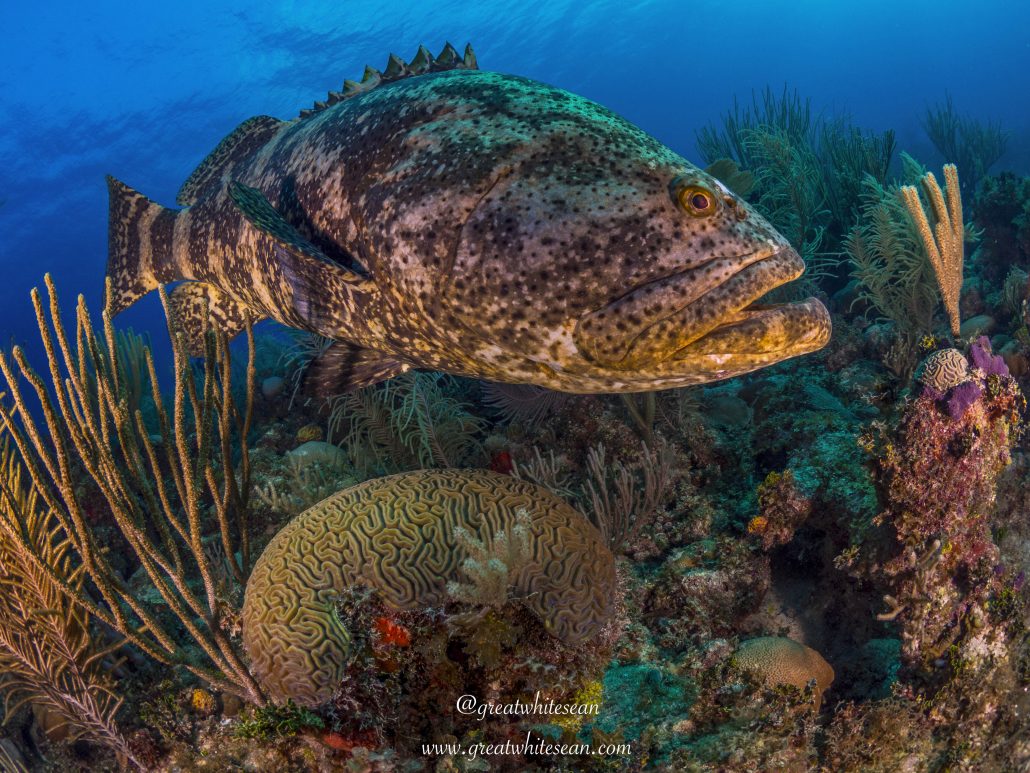 The friendliest grouper I have ever had the pleasure to dive with. Gave me a chuckle on many occasions on the dive.

After 3 dives in the day I got my first ever in water action with a crocodile after we returned to La Tortuga. I must admit as I entered the water at the stern and worked my way round to the bow where the croc would relax, I was a little nervous about what kind of reception Tito the croc would give me as I got close to him in his domain. My fears were soon swept aside as this amazing prehistoric creature was relaxed with my presence in the water and was more than happy showing off his pearly whites for the camera. What a truly humbling experience.

Day 2 had me screaming with excitement and really delivered the action I craved. The dive started relatively deep with Caribbean reef sharks around 30m but the memorable moments came at the safety top and surface with 20 plus silky sharks circling with excitement as the guides threw a bit of scrap fish in to give those close encounters us shark loving photographers crave. Dive 2 carried on the same theme with equal amounts of excitement before our afternoon dive finished up with a more relaxed reef dive. This was the theme of the week as we enjoyed reef dives in the afternoon allowing for a gentler experience after the shark excitement of the morning dives. Unfortunately, I didn’t bring my macro lens and missed out on the opportunity to photograph some of the charismatic jawfish that would entertain with their jack in the box antics out of their hole in the sand. There were also numerous cute little blennies dotted amongst the reef with their big eyes and smile like expression. The day wouldn’t be complete without more interactions with Tito the croc back at the boat and I’m sure he got to the point where he was saying to himself “Oh man, not this guy again?” 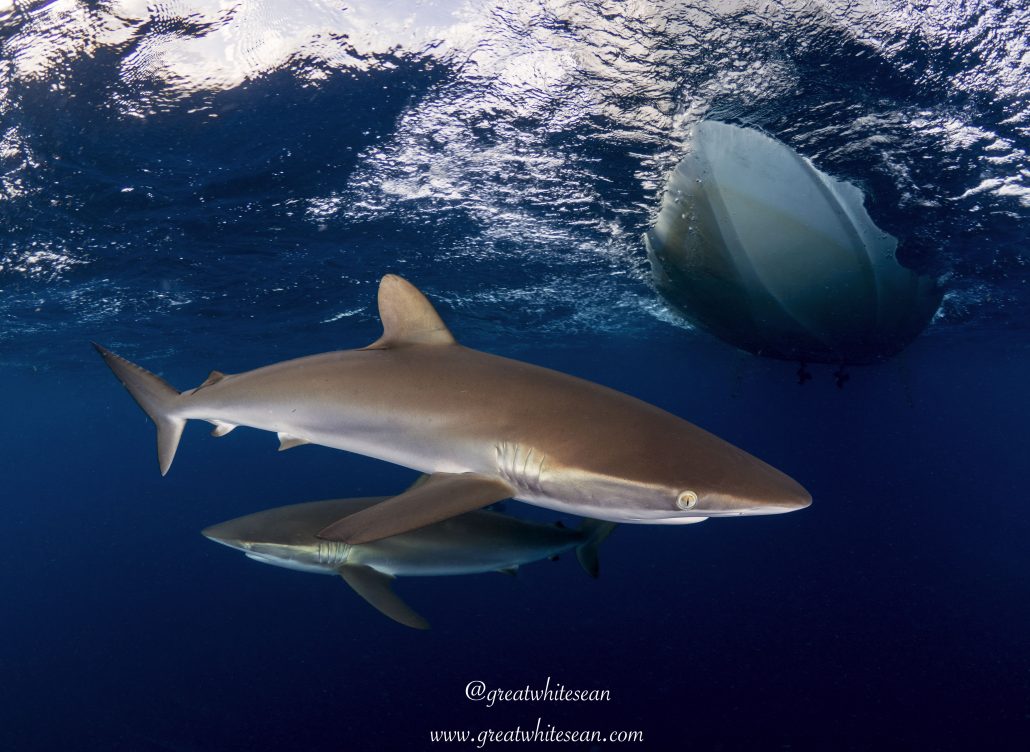 For more information on package dive trips to Cuba:

For more information on liveaboard options in Cuba: 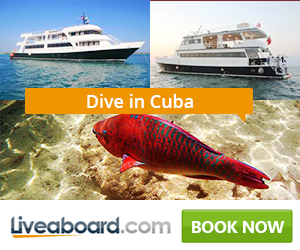 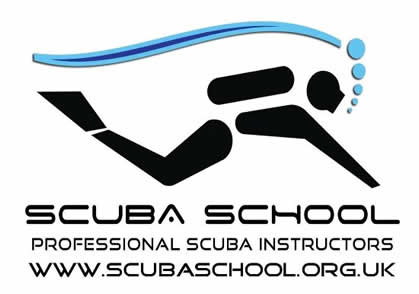 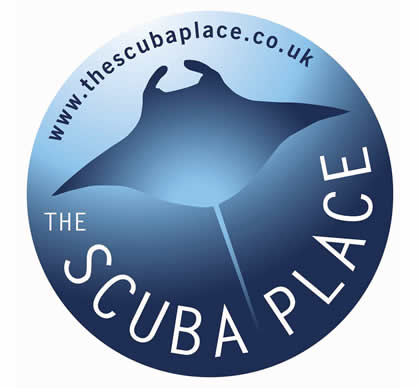 Family Fun in the Desert

Travelling back in time (Part 2)
Scroll to top